コンテンツへスキップ
ホームINFORMATIONIoTWhat is good about combining IoT and AI 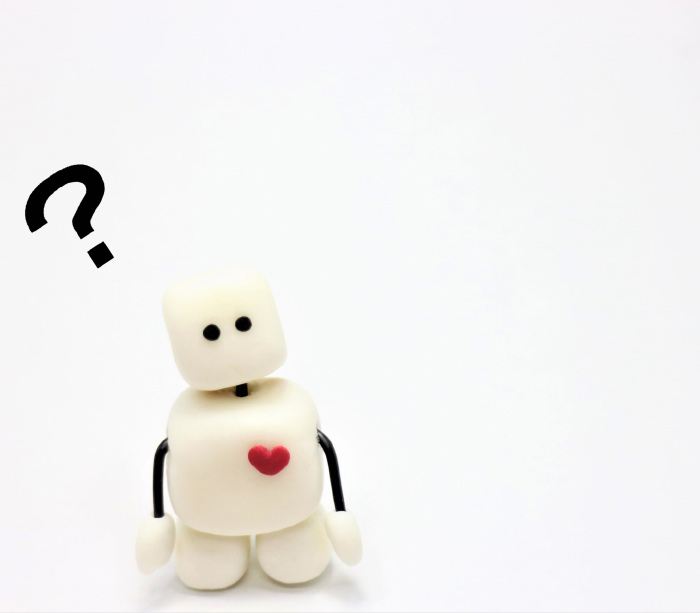 Combining IoT with rapidly advancing AI technologies can create ‘smart machines’ that simulate intelligent behaviour to make well-informed decisions with little or no human intervention. The result is an acceleration in innovation which can significantly boost productivity for the organisations involved.

WHY ARE AI AND IOT PERFECT PARTNERS FOR GROWTH?

IoT that is augmented and enhanced by machine learning is effectively multiplying the impact and benefit to those businesses who are adopting these complimentary technologies.
FOCUS ON: BREED REPLY, INTERNET OF THINGS, IOT, ARTIFICIAL INTELLIGENCE, ARTIFICIAL INTELLIGENCE & MACHINE LEARNING, MACHINE LEARNING
A recent survey of 500 IT professionals including 100 top IT executives suggested not only are IoT and AI the most popular technologies currently in use, but also top of the list for further investment for businesses seeking increased efficiency and competitive advantage.


But why are IoT and AI so far in front of other popular technologies such as Edge Computing or Blockchain?

It is because IoT that is augmented and enhanced by machine learning is effectively multiplying the impact and benefit to those businesses who are adopting these complimentary technologies. In fact, AI is an integral element for success in today’s IoT-based digital ecosystems.

The reason is simple. Combining IoT with rapidly advancing AI technologies can create ‘smart machines’ that simulate intelligent behaviour to make well-informed decisions with little or no human intervention. The result is an acceleration in innovation which can significantly boost productivity for the organisations involved. Little wonder then that the IoT and AI markets are developing rapidly and in tandem.

The AI market is growing quickly. Bank of America, Merrill Lynch predicted that the robot and AI solutions market would surge to US$193bn/y by 2024. They suggested that adoption could boost productivity by 30% in many industries, whilst simultaneously cutting manufacturing labour costs by between 18-30%.

As AI matures, the technology is becoming more robust at handling multiple situations with increasing accuracy. This means that AI is becoming more likely to be deployed at scale with reduced (and reducing) human intervention – thus magnifying the positive impact solutions are likely to have.

This flood of data will present businesses of all types with key challenges outlined below – challenges where AI will become increasingly instrumental in achieving high-performance, agile solutions:

How to manage, analyse and create meaningful insights from IoT data

How to ensure fast and accurate analysis

Balancing needs for centralised and localised intelligence (how smart do sensors need to be?)
Balancing personalisation with data privacy and confidentiality pressures
Maintaining security in face of increasing threats of cyber attack
So whilst sensors from devices deliver data, data can only support the creation of value if it is actionable. IoT needs AI and vice versa. Where IoT provides data, AI has the potential to unlock real-time responses, providing both context and creativity to drive smart actions.


At the most basic level AI enables the power of prediction to forecast and mitigate risky events. This enables organisations to use real-time data to determine when machinery and equipment is likely to break down – so action can be taken to prevent failure and its associated cost via pro-active intervention.

A second level is the power of prescription. Equipping intelligent sensors with logic to drive action means outages or disasters can be avoided. For example, railway track sensors can warn against track failures, or autonomous vehicles can course-correct when the car veers away from the centre of the lane.

At an even more advanced level, AI with IoT can deliver an adaptive or autonomous response. This means solutions can incorporate continuous data feeds – where the system learns to take the optimal action without human intervention. So, for example in healthcare, blood glucose sensors can alter insulin delivery levels in response to changing patient needs and machine learning is employed to refine and modify dosage in direct response to ongoing data stimulus for the subject.

Despite making rapid progress on a daily, weekly, and monthly basis, both IoT and AI could be seen as relatively nascent technologies. Smart machines are currently advancing from the ability to handle traditional applications from repetitive tasks to be able to deal with continuously changing tasks, but there is still vast developmental scope.

Just as AI and IoT can ultimately empower an adaptive response at an operational level within organisations, so the same, powerful combination is requiring a more adaptive strategic response from organisations.

As new technology applications emerge where IoT works hand in hand with AI – the resulting innovations are proving how IoT can create new markets and opportunities, disrupt traditional business models, and dramatically change the competitive landscape. Thus, companies looking to make the most of opportunities to positively impact revenues, safety, resilience, and customer experience are being fast on the uptake of this powerful pairing of transformative technologies.

As an investor in early-stage IoT companies, Breed Reply is always interested to hear from innovators and entrepreneurs looking for support to accelerate their ideas to market.


The vast quantities of data produced by IoT open up a wealth of possibilities when partnered with an AI capable of processing and reacting to this information as it appears. Furthermore, removing the necessity of human intervention creates a previously unthinkable level of automation – one in which the speed of inference for cloud-based AI currently sits at roughly 1.5 seconds.

With that kind of processing speed, predictive maintenance becomes an automated afterthought. Instantaneous response to the slightest material degradation could all but eliminate costly downtime due to equipment failure. At the same time, an AI that is able to sense these events and respond accordingly could ensure peak operational efficiency at all times. This autonomy is helping power the future of robotics, among other disciplines, and is currently being used on everything from mining operations to natural gas pipelines.

These advancements aren’t limited to traditionally technological fields either! Recently, an international team of scientists has harnessed the power of AI and IoT to develop a new model for effective diagnosis of cardiovascular disease and diabetes. Elsewhere, ET City Brain utilizes information pulled from traffic cameras located throughout Hangzhou, China, to adapt traffic signals to address congestion and help ambulances reach hospitals faster.

Of course, there are few AI/IoT collaborations as widely publicized as Tesla’s Autopilot program, which leverages information from GPS, cameras, sonar and more to safely and autonomously transport riders on some of the busiest roads in the world.


As impressive as this all is, AI is only getting faster. Leveraging Edge computing, which sees all computations performed at the endpoint devices rather than a central server, reduces the inference time to stimuli to 10-15 milliseconds. This process, dubbed the Intelligent Edge, seeks to optimize operational performance in real time by helping anticipate even the smallest inconveniences and adjust accordingly.

AI and IoT may also work well with another prominent data science in blockchain technologies. The idea is that IoT would enable data measurement, blockchain would keep things transparent and audit said information, and AI would then use that data to automate and improve functionality. This combination is already being tested out by German automaker Porsche, who believes this process could create a new generation of autonomous vehicles.


The Internet of Intelligent Things has the power to break down large quantities of data coming and going through devices. The best part about this is that since the whole process is machine and software-driven, it can be performed without any human intervention, which makes it error-free and improves accuracy rates. 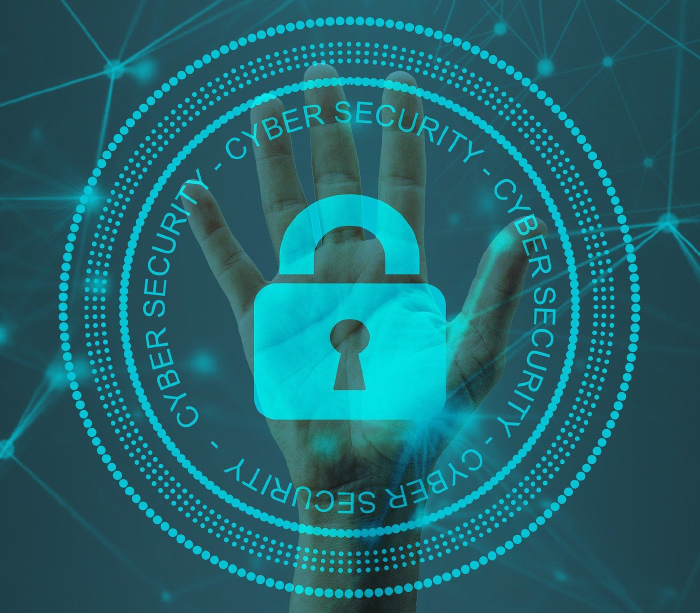 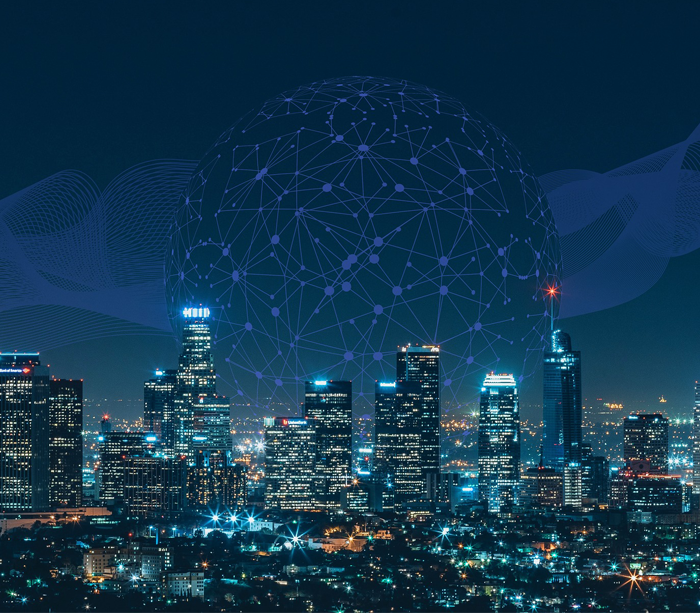